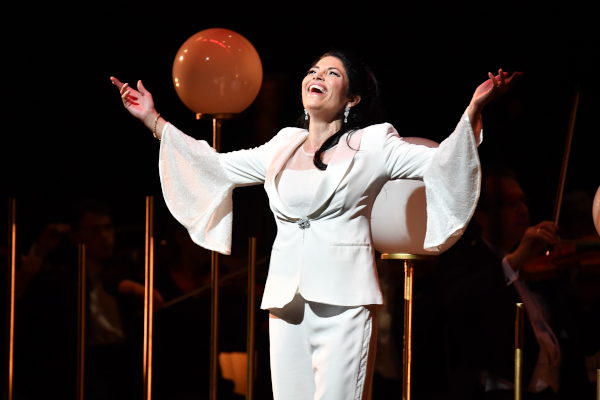 In association with BBC Radio 3

Winners to be revealed at glamorous Gala Event at London’s

Sadler’s Wells on Monday 4 May, with highlights broadcast on BBC Radio 3

Live performances from stars of the opera world including

The International Opera Awards today announces the finalists for its 2020 Awards [Wednesday 5 February 2020]. The annual red-carpet event – which celebrates achievement in opera around the globe over the 2019 calendar year – recognises excellence in a wide range of categories that cover performance, design and direction as well as education and outreach.

Conductor Finnegan Downie Dear, a former recipient of an Opera Awards Foundation bursary in 2015, is a finalist in the Newcomer category.

Opera lovers from around the world are invited to vote in the Opera MagazineReaders’ Award to select a winner from finalists including Ildar Abdrazakov, Cecilia Bartoli, Jamie Barton, Elīna Garanča, Jonas Kaufmann, Karita Mattila, Anna Netrebko, Erwin Schrott, Michael Spyres and Bryn Terfel. Voting opens today on the International Opera Awards’ website and runs until Friday 27 March 5pm, GMT. Jonas Kaufmann, a firm favourite at the Awards having been the only artist to win two awards in one year, is up for the Reader’s Award again, as is Jamie Barton, who won the Young Singer award in 2014.

The shortlist was compiled by an impressive international jury drawn from a range of backgrounds including critics, opera directors, conductors and designers, chaired by John Allison, editor of Opera magazine (the Founding Media Partner of the Awards) and classical music critic of The Daily Telegraph. The winners of all categories, except the Readers’ Award, will also be decided by the jury.

“The huge number of nominations we received for the International Opera Awards is indication of the global interest in them. Spanning the world, the exciting list of finalists — chosen by our truly international jury — confirm the cosmopolitan nature of the art form and bear testimony to the incredibly vibrant work done by opera companies of all sizes everywhere.”

The winners in all 18 categories are announced at a glittering Gala Event at London’s Sadler’s Wells on 4 May 2020, together with special awards for Philanthropy, Leadership and Lifetime Achievement. The Leadership Award is sponsored by the Good Governance Institute and World Premiere Award by The Vineyard.

Live performances from stars of the opera world are now a defining feature of the evening and have, in recent years, included memorable moments from such renowned singers as Anna Bonitatibus, Stuart

Skelton, Lawrence Brownlee and Ermonela Jaho. This year, Roberto Alagna and Aleksandra Kurzak will sing during the ceremony. Broadcaster Petroc Trelawny will host the event for the fourth year, while BBC Radio 3 will again broadcast highlights from the evening shortly after the event.

The Awards, founded by philanthropist Harry Hyman in 2012, aim to raise the profile of opera as an art form, to recognise and reward success in opera and to generate funds to provide bursaries for aspiring operatic talent from around the world. Since 2012 over £400,000 has been raised by the Opera Awards Foundation, going to more than 100 bursary recipients.