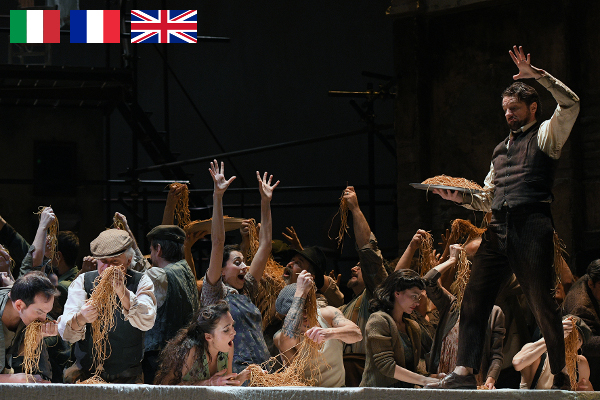 The world premiere of Marco Tutino’s Miseria e Nobiltà proved once more that opera as an art form is dead, and that trying to revive it this way is paramount to smearing make-up on a dead body and making it dance like a puppet

It is always interesting to be there for the first performance of a contemporary work. The opera that was born tonight, however, was a somewhat bastardly child. Based on a Neapolitan farce from 1880 which has been made into at least two movies already, the libretto was not exactly contemporary, and Marco Tutino is well known for his neo-romantic music that uses the tonal language of the romantic movements of the past.

Librettists Luca Rossi and Fabio Ceresa transferred the action to the third of June 1946. On that day, Italy voted a referendum to determine if the country was to be a monarchy or a republic. By no means did this mean that we were to assist a political satire or a work of some depth. We were to assist the unfolding of a rather pathetic spectacle. The texts displayed a banality that we thought banned since the Nazi sentimentalism; the music was freely borrowing from the late 19th and early 20th century repertoire, squeezing every quote and theme until its total exhaustion, with a marked preference for the style of Puccini. Unlike composers such as Stravinsky or Shostakovich, who used the music of the past as food for thought and ultimately created something new, Tutino sticks to citing musical banalities. All this was rather heavy; one was also tempted to contemplate the concepts of misery and nobility in the light of what we saw and heard: lots of artistic misery here and little nobility…

The story is about a young couple who want to get married. Gemma is a dancer and her fiance Eugenio is the son of a somewhat libertine prince who runs after Gemma himself. Gemma’s father, Don Gaetano, would like to meet the prince and expects him for dinner. The prince, however, will never accept what he considers a mis-marriage for his son. The lovers convince Eugenio’s former schoolmaster, Felice Sciosciammocca, to impersonate the prince at the dinner party. Felice is out of work and raises alone his son, making him believe that his mother has gone to America in search of work. In truth, she has given in to the prince’s pursuit just once, in order to make him reinstate Felice in his job. Now she is Don Gaetano’s cook. She has met her son on the square and takes him with her to the workplace. When the true and the false prince meet, the truth will unfold also about her and her motivations and the family will be reunited.

The first act was played out in a poor quarter of Naples; we saw people in their houses, working on building sites, children playing… The destructions of the war were still visible and the people were miserable and hungry. The choir was singing an enumeration of culinary specialties, now unavailable. In the background, a young couple were cradling their baby, another couple arrived, obviously rich and well-dressed, and took the baby away. Now, we were certain that the authors of this show were shying away from no cliché…

For Act II, we found ourselves in the mansion of Don Gaetano, where we could see at the same time the kitchen and the dining room. Just like in Act I, this dollhouse-like scenography was quite charming, even though it was just as conventional and self-complacent as the whole show, directed by Rosetta Cucchi with Tiziano Santi (stage designer) and Gianluca Falaschi (costume designer).

The work had been announced as an opera buffa, but the sentimental element was largely overrepresented; the two jokes that survived from the original farce used exactly the same schema and drew only very moderate laughs. For a comedy to function, it needs a vivacious dramaturgy and a fast tempo. Here, every scene took its time and more…

The cast had some difficulty to be heard, Francesco Cilluffo conducted very enthusiastically.

The young lovers, mezzo-soprano Martina Belli (Gemma) and tenor Fabrizio Paesano (Eugenio), were a bit strained in the forte passages. Valentina Mastrangelo, Bettina, had a sweet and cristalline soprano, a bit shrill in the forte however. The baritones were better off: Alessandro Luongo as Felice Scisciammocca was quite credible, Alfonso Antoniozzi was Don Gaetano and almost stole the scene thanks to his warm and powerful voice and strong stage presence. A pity that Don Gaetano didn’t have to be more present. Andrea Concetti, bass, played the Prince of Casador, Eugenio’s father, with finesse and abandon. Tenor Nicola Pamio was credible and even a bit funny in the role of the drunken valet. Mezzo-soprano Francesca Sartorato played Pepiniello, Felice’s son, and brayed her lines very creditably.

All in all, it was an evening that proved once more that opera as an art form is dead, and that trying to revive it this way is paramount to smearing make-up on a dead body and making it dance like a puppet. 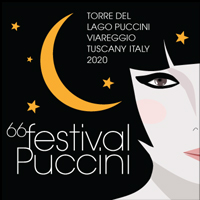 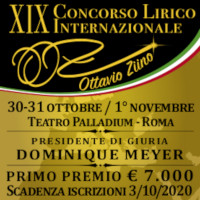